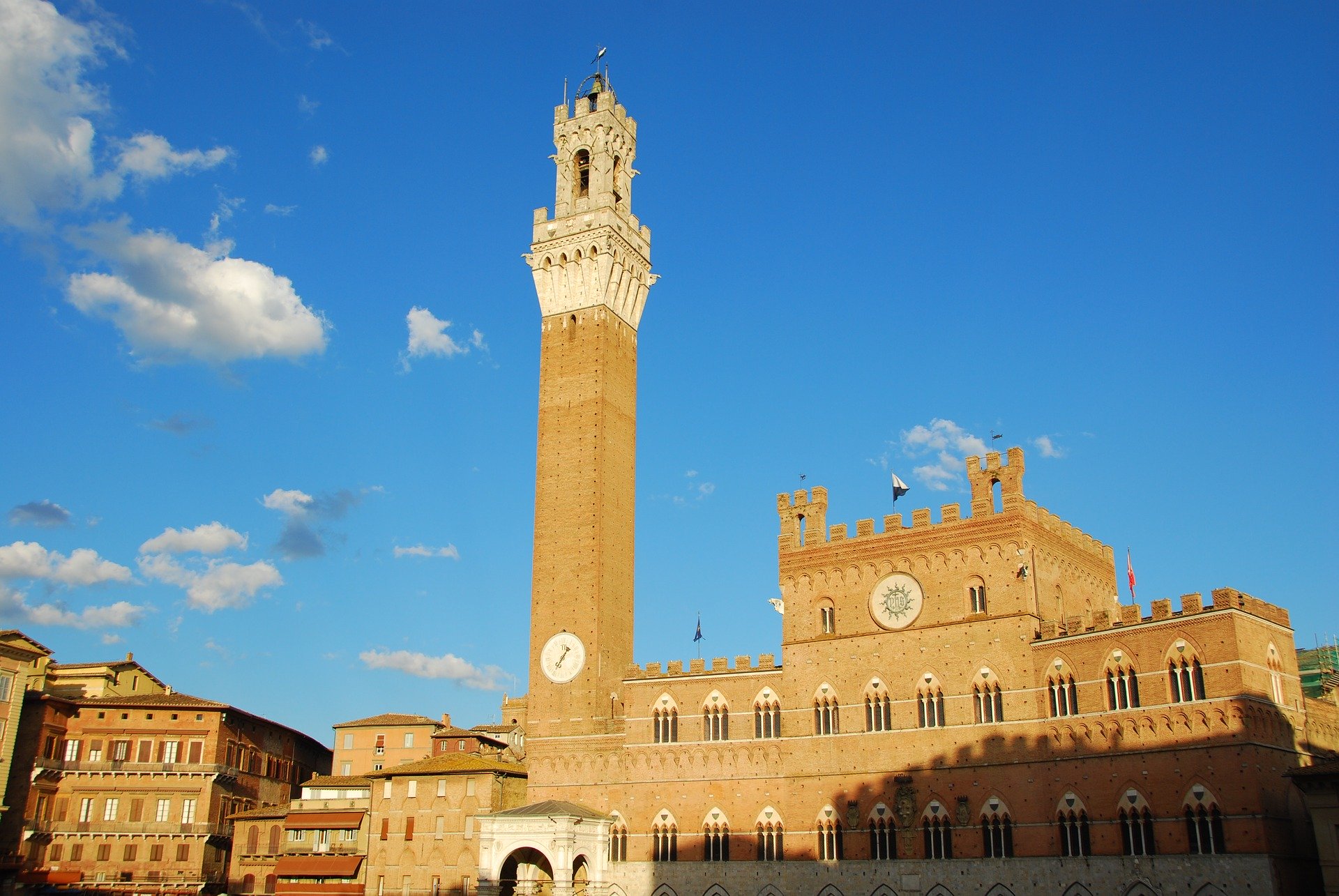 Legend tells that this city of Etruscan origin was founded by the sons of Remo: Senio and Aschio. This noble city has been able to document a lot of history: Romans, Guelphs and Ghibellines, the age of the municipalities, all confirmed by the presence of places and buildings of considerable importance, such as the Gothic Palazzo Pubblico with the Torre del Mangia, the Fonte Gaia, Palazzo Sansedoni, Palazzo Salimbeni, Chigi – Saracini, Palazzo Tolomei, Palazzo Piccolomini and the numerous churches such as that of San Francesco, S. Domenico and Santa Maria dei Servi. The center is surrounded by walls with fourteenth-century doors. The Cathedral, in Romanesque-Gothic style, with the picturesque zebra-bell tower, is full of works of art inside. But the wonders of Siena do not end here: the Pinacoteca Nazionale, the Museo dell’Opera Metropolitana, with the masterpieces of the Sienese school are splendid examples of local art. Siena is a city full of atmosphere. Its sloping cobblestone streets converge in the famous Piazza del Campo, the famous shell-shaped square called simply “Il Campo”. On July 2nd and August 16th, this square which iscertainly one of the most beautiful in Italy, hosts with extraordinary enthusiasm the ancient manifestation of the Palio delle Contrade.